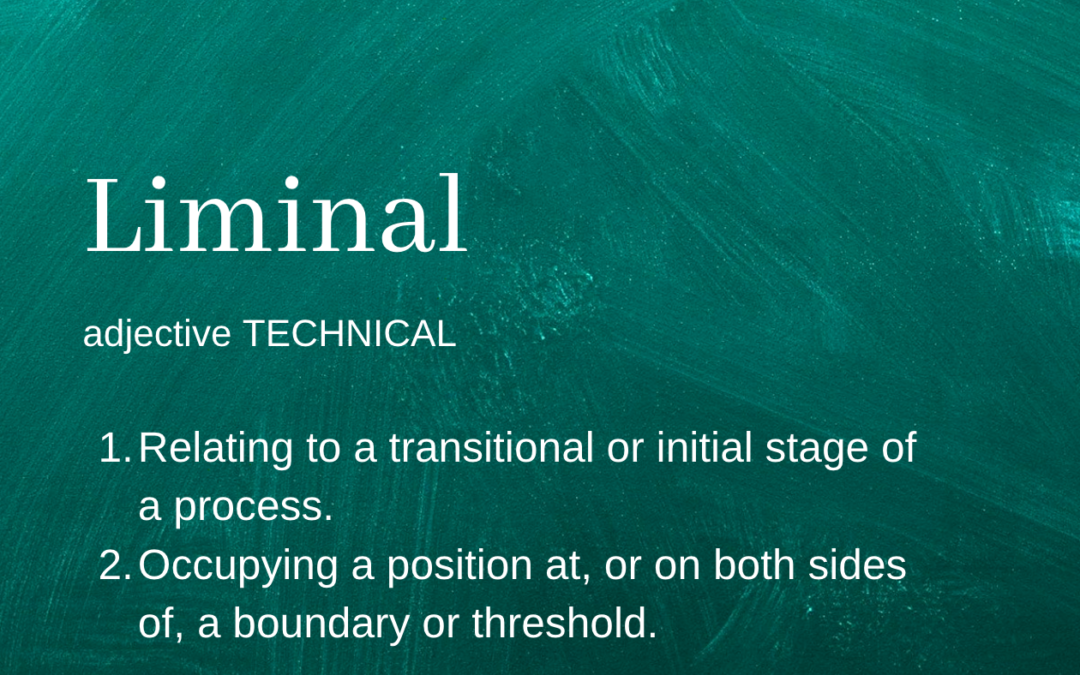 Earth Day 2020 – and the unique power of liminal spaces

I don’t know about you, but I felt a profound sense of sadness last week when I learned that Wednesday 22nd April 2020 would be the 50th time that Earth Day has been celebrated. We cannot turn the clock back, but it is tempting nevertheless to imagine how a message might read from all of us today back to the original visionaries and activists who instigated Earth Day.

We have to accept that despite the best efforts of scientists, campaigners and change makers everywhere, the sustainability movement has failed to prevent a climate crisis or the relentless destruction of nature.

Yet my momentary sense of loss and nostalgia for what could have been quickly turned to a different realisation; that we now sit in a unique moment of opportunity. Historians will no doubt be prolific in their assessment of 2020 and the tragedy of the pandemic. We already knew that the 2020s would be a make-or-break decade; will the future look back on our present and talk about the pre-Covid and the post-Covid era?

If we zoom out even further and look at ourselves in a geological timeframe, we realise (as Johan Rockstrom points out) that “in the last 50 years we tipped from 10,000 years in the Holocene to the Anthropocene; what we do in the next 50 years will determine what happens in the next 10,000 years.”

A liminal space is an in between place, a borderland between one world and another. In certain cultures, they are seen as powerful, sacred places, a space where ideas grow; they are both fraught with danger and ripe with possibility. That’s where we are today, witnessing the transition from an established yet imperfect order towards the birth of a fragile new one.

With growing choruses of new normals, of green new deals and of “building back better,” let’s take a moment to appreciate the value, power and creative opportunity of liminal spaces. For better and for worse, change is afoot. Those of us who have campaigned for radical change for so long cannot afford to be wrong-footed now that radical change is thrust upon us. Now is a time for courage, and for all of us to re-double our work together to create the future we all want, and to restore the health of the one interconnected Earth upon which we all depend.